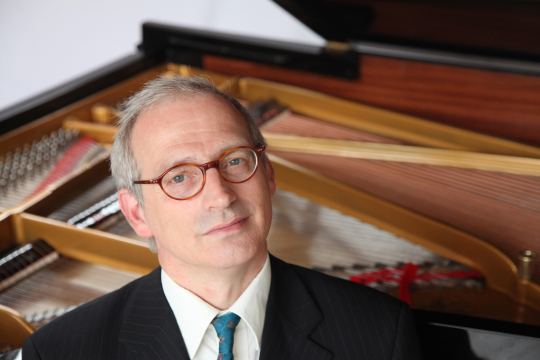 Sander Sittig performs regularly with great violinists like Shlomo Mintz, Pavel Berman and Liza Ferschtman. These concerts have taken him to major concert halls in almost all European countries as well as Japan, China, Israel and North and South America. Also as a soloist he gets very positive reviews, for instance for his CD with works by Mozart, his performances with orchestras in the Netherlands, Spain and the Czech Republic and his recitals, often with spoken introductions and audio-visual support.

Sander Sittig is a regular guest at festivals in Italy, Israel, Austria and the Netherlands. He performs frequently for radio and television. As a pedagogue he collaborates at the Codarts Conservatory of music in his native city Rotterdam and at the online courses of iClassical Academy.

In the 2021-22 season recitals are planned with Shlomo Mintz in Italy and Argentina. Sander Sittig will also extensively tour the Netherlands and other European countries with prizewinning violinist Hawijch Elders and give recitals in France, Spain and Portugal with violinists Miguel Simoes and Benjamin Scherer Quesada. As a solist he will present his audio-visual recital around Mussorgsky’s Pictures at an Exhibition at many venues in the Netherlands.