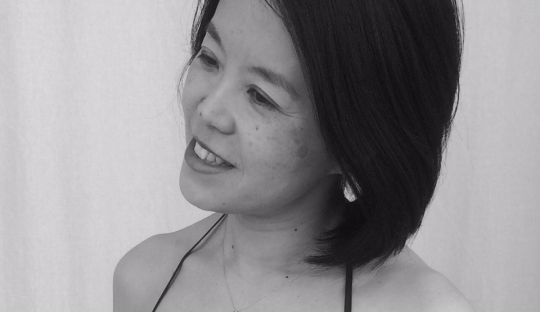 Yukiko Tanaka was born in Kasugai, Japan. She began playing the piano at the age of 4. She graduated from the Aichi Prefectural University of Fine Arts and Music. In Japan, she earned several prizes in various national competitions. In 1996 she went to Basel to continue her piano studies, and in 1998 she entered the virtuosity class of Christian Favre at the Conservatoire de Lausanne.

In 1999, she played Beethoven’s Piano Concerto No. 4 in G major, accompanied by the Orchestre de Chambre de Lausanne, and was awarded the Prix Paderewski. With her piano trio "ITOYAKA" she won 3rd prize at the Trondheim International Chamber Music Competition.

In 2001, with the OCL, she played Ravel's Piano Concerto in G major and was awarded her Soloist's Diploma with the congratulations of the jury, as well as the Prix Colassis.

She also attended masterclasses with professors such as Halina Czerny-Stefanska, Charles Rosen, Mauricio Kagel, Paul Badura-Skoda and François-René Duchâble, as well as chamber music classes with Gérard Wyss, Pierre Amoyal and Patrick Genet.
In 2002 and 2003, she had the privilege of attending the class of Konstantin Scherbakov in Winterthur.

She regularly gives chamber music concerts with the musicians of the OCL and of the Haute Ecole de Musique de Lausanne, among others at the Riffelalp Concerts, at the Entr'actes du Mardi, and at the Schubertiade. With violinist Julien Zufferey, she played at the Festival des Concerts du Cloître in Guebwiller and at the Festival Radio France in Montpellier.